Where pure beauty is preserved!

This national parks Croatia hiking holiday provides an unforgettable hiking adventure. Therefore a combination of hiking through national parks, scenery and cultural immersion make it a unique experience of Croatia. It’s a place where the Mediterranean and the Pannonian plains come together. Forming a unique blend of natural beauty. Within just over a hundred kilometers. Therefore you can experience an exciting range of different landscapes.

Although a small country, Croatia has a rich variety of beautiful landscapes and preserved natural areas. Hiking national parks trip will take you from mountains to plains, from rivers to sea. Croatia is alive with well-preserved old towns, castles, palaces, monuments and native architecture. Together with the tradition, folklore, art scenes and music, Croatia is a unique and exotic place to discover. There are eight national parks: NP Brijuni, NP Risnjak, NP Plitvice Lakes, NP North Velebit, NP Paklenica, NP Kornati Islands, NP Krka River and NP Mljet Island. Let this active holiday take you there.

Day 1 – Arrival and transfer to Zvecaj

Zvecaj is a small village by the Mreznica River, not far from the highway connecting the Croatian capital, city of Zagreb with the harbour of Rijeka. We will meet you at the airport, railway station or in the harbour and take you there unless you are driving yourself. Zeleni kut (“The Green Corner”) is a well-known restaurant and a small family owned hotel overlooking the green Mreznica River and its waterfall. It was built above an old mill which now supplies electric power. The hotel serves traditional Croatian specialties using fresh water fish from its own fishing ponds, homemade cheese, ham and sausages as well as fresh vegetables and fruit from local farms. In the evening we will meet on the terrace overlooking the river for a welcome drink, dinner and brief orientation, where we will have the chance to discuss the upcoming holiday and get to know our guides and fellow travelers

The Risnjak mountain range is named after a rare animal that inhabits its woods – the lynx. It is located in Gorski Kotar, the most mountainous and heavily forested region of the country, about 15 km inland from the Adriatic Sea. The pristine park covers an area of 63,5 km2. It includes both the Risnjak and Snjeznik ranges and the source area of the Kupa River. We start our hike from Vilje which will lead us towards our goal – Big Risnjak, the highest point of the mountain range. Schlosser’s mountain hut, situated 100m below the peak, is probably one of the most beautiful mountain huts in Croatia. After resting and enjoying the amazing view over the sea, other peaks of Gorski Kotar and even the Alps, we will descend slowly back to Vilje. After hiking we will return back to our hotel for dinner in the late afternoon.

After breakfast, we’ll drive to Croatia’s youngest national park – North Velebit National Park. The area was designated a national park due to its richness of karst phenomena, outstanding biodiversity and exquisitely beautiful nature on a relatively small area. The Park is crisscrossed with numerous mountaineering trails. The most famous is the Premužić trail, named after its constructor who built it in the late 1933. The path runs through the most beautiful and the most interesting parts of the park. From the numerous peaks in the surroundings you can have a magnificent view on the Adriatic Sea, its islands and the continental side of the mountain chain.
Accommodation in Plitvice Lakes National Park is provided by the families of Korana Village, a small romantic place hidden away in a valley by the Korana River. The houses are small, traditional dwellings with simple rooms in an idyllic setting. The peaceful atmosphere makes the village an ideal base from which to explore the surrounding area – Korana Village has no pubs, restaurants, shops, schools, not even a church – it’s just a village as small and wonderful as it can be, an ideal setting for a fairy tale.

Today we visit the most beautiful and stunning National park of Croatia – Plitvice Lakes National Park. We start our day walking along the wooden paths and bridges in and around Plitvice Lakes National Park. Its exquisite series of 16 emerald green and opal blue travertine lakes, more than 90 waterfalls and numerous caves make it a UNESCO World Heritage Site. The lakes are surrounded by beech and pine forests and are home to extensive wildlife. We’ll enjoy a picnic lunch in the pure and untouched nature. Panoramic boat and train rides will take us back to the start. Later in the afternoon we return to our accommodation in the village just in time to enjoy a quick swim before dinner.

For those who chose a 5-day trip, this is the end of your holiday. You are welcome to schedule your homeward transport for any time (transfer to Zagreb is included in the price). The rest of the group continues the trip.

On the fifth day of your holiday you can be as active or as lazy as you want. You can relax by the river, swim or even take another optional cycling tour on your own in and around Plitvice Lakes National Park. Several river, walking, sightseeing or beach trips will be offered, in case you are keen on discovering more beauties that Croatia has to offer. Please note that the optional trip will incur an additional charge of approx. 50€ per head, payable on site, and is dependent on suitable weather conditions. The price is based on a min. of 4 participants.

Accommodation: Private guesthouses in Plitvice Lakes National Parks; Van ride: max 2 h one way; Meals: B and D (picnic lunch on your own)

After saying goodbye to our village hosts we continue south to Paklenica National Park, part of a UNESCO World Biosphere Reserve and a favorite hiking and climbing destination. Time permitting, we will stop by the narrow Wild West-like canyons of the Zrmanja and Krupa Rivers and visit the medieval Krupa Monastery which is the oldest orthodox monastery in Croatia. Paklenica National Park covers the area of torrent flows of Velika Paklenica and Mala Paklenica, their distinctive canyons carved vertically into the south slopes of Mount Velebit and the broader surrounding area. This relatively small area offers exceptional diversity of geomorphologic phenomena and forms, diverse flora and fauna, attractive landscapes and intact nature. Having adapted to the geographic and climatic environment, the locals mostly engage in nomadic stock herding, which can be seen by their mountain shepherd residences. Hiking is the only way to really get to know Paklenica National Park. There are several wonderful hikes through beech and black pine forests to choose from. The most popular is the trail leading to Borisov Dom, a mountain hut popular among mountaineers. After descending all the way to the sea we drive to Skradin for the evening.

The last day of the journey takes us to Krka River National Park with its fantastic karst formations and travertine waterfalls. We explore the park’s extensive waterways and complex history dating back to late 10th century and first Croatian kings. One of the options is a visit to Skradinski Buk waterfall, the place where the second hydro plant in the world was built, just a few years after the one on Niagara Falls. A boat will take us to Visovac island and and its Franciscan monastery. After walking, we return to the hotel and enjoy a late afternoon in the old town before the final evening dinner and a celebration of an amazing adventure.

Depart from Skradin to the airport and flight home. You are welcome to schedule your homeward transport for any time. If you decide to spend more time in Croatia, our guides will be happy to recommend other beautiful places to visit – especially those you won’t find in tourist guide books.

Hiking, walking and sightseeing are included in the program as everyday activities and are suitable for all ages. Croatia has pleasant temperatures in summer and our program is not dangerous or physically demanding. While exploring the National Parks make sure to bring comfortable walking shoes.

Trips are designed for flexible, energetic people who like to be active, have an adventurous spirit and a positive attitude. Our daily program is a combination of walking, swimming, sightseeing and exploring. The combination of activity, scenery and cultural immersion makes this journey a unique and unforgettable experience.

Min 4 – max 16 persons per group; larger groups are on request.

Accommodation is provided in different locations ranging from North to South Croatia. We mostly use either small family-run hotels or private guest houses located outside the popular tourist areas. This will make your experience of Croatia even more complete. 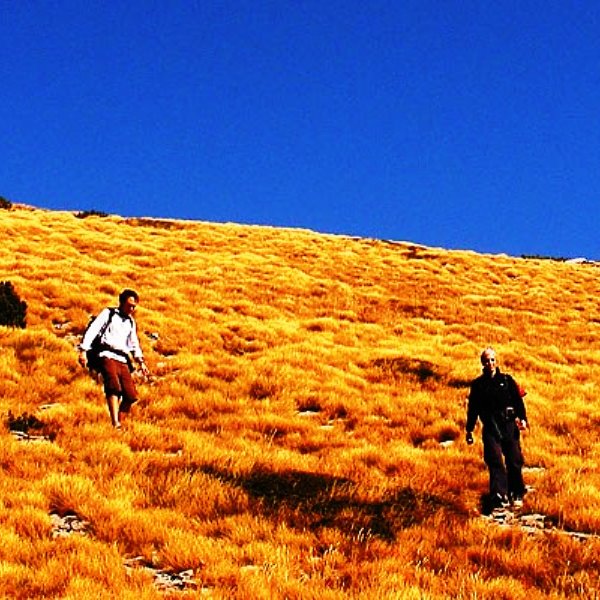 Our adventure tours get you up & close to the destination by providing you with activities, so you can hike, bike, and multi-sport your way through beautiful scenery and wild nature. We provide the equipment, the expert guides, and the opportunity to explore Croatia in an exciting way. Prepare yourself to travel for experiences that engage the muscles as much as the mind or the heart. Whether that’s a light hike through island villages, a trek to the top of Velebit Mountain, or more physical activities like rock-climbing, ziplining or paddleboarding, adventure tours deliver as much or as little action as you need.

Some hiking or cycling on higher altitudes or more strenuous activities like rafting, but suitable for all healthy travellers.

use of walking poles (with advanced notice)